As someone who deals with teens and their contemporary issues on a daily basis, I admit I was a little surprised to hear of the extent of sexting occurring at Canon City High School. It’s bad enough when our Secret Service Agents are arrested for sexting with 14 year-old girls and members of congress are caught sending nude pictures of their “no-no zones” across the web. Now, however, its apparently becoming endemic in our schools.

According to the Urban Dictionary, sexting is “the act of messaging someone in the hopes of having a sexual encounter with them later. . . .” That seemed a little extreme to me, so I checked out the Merriam-Webster definition, which said that sexting was the “sending of sexually explicit messages by cell phone.” Both definitions are disheartening to say the least, especially to someone who cares about the health and welfare of our teens.

Unfortunately, the Canon City High School sexting incident was not an isolated event. Research has consistently found that one in four teens admit to having sent a “sext” (sexually explicit photo or text). Over 76 percent of teens who were asked to send a sext, even if they didn’t agree to do it, admitted to having had sexual intercourse. Even more disturbing, researchers at the University of Texas Medical Branch at Galveston found that sexting may be the new “normal” part of adolescent sexual development. Let’s hope that’s not the case.

The myriad of problems arising from teen sexting get even more disturbing when potential legal consequences are considered. In Colorado, internet sexual exploitation of a child who is known or believed to be younger than 15 years old and is at least four years younger than the actor can result in conviction of a Class 4 felony. Depending on the circumstances, sexting may also be a crime under federal law. It is unclear whether a teen convicted under any of the sexual exploitation laws would also result in their having to register on the sexual offender registries.

Beyond the possible criminal implications, sexting can have numerous other life-long adverse effects. Emotionally, sexting can take a heavy toll on teens, especially when their provocative photos end up in unintended hands. It can also lead to bullying and compromising situations, not to mention the loss of reputations.

I wonder how many sexting teens stop to consider that the photos they post on the internet can make it around the entire cyber world in a matter of seconds and those images can last forever in cyber space. If you’re a teen today, imagine your future teenage son or daughter finding your sexting photos on-line and asking you why you would have done such a knuckle-head thing. Besides the strong potential of your sexts re-surfacing years after they are posted, consider the fact that more and more colleges and prospective employers are seeking information about candidates by conducting online research.

So, what’s my advice to parents? TALK to your children. Don’t assume they will do the right thing when it comes to modern technology. Explain the ramifications to them that can come about from sexting. Forget about their privacy. Privacy involves things like diaries and yes, “no-no zones”, but when it comes to a parent protecting their child from themselves and others, privacy goes out the window. Be responsible and monitor your child’s use of technology and don’t be afraid to let them know what you’re doing. Set boundaries with your child so they know the difference between the appropriate and inappropriate use of technology.

My advice to teens is simple. DON’T do it! Beyond the consequences I’ve already mentioned, sexts can go viral, in which case you have lost all control over them. Your seemingly cute little naked photo can be posted and re-posted in any number of places, including adult sites. You could get a really bad reputation. Your parents, grandparents and neighbors might see it. Sexting can get you in real trouble at school including suspension and the incident being placed on your permanent record. Realize that for the sexting victim, the consequences can be as damaging as the effects of bullying, sexual harassment, and abuse. So, if you have engaged in sexting or are being pressured to do so, please talk with your parents. If you can’t talk to your parents, then seek out the advice and counsel from another trusted adult. You don’t need to deal with this monster alone.

Thought of the week

Pic of the Week 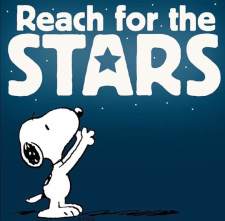 Although we would love to help everyone, we work with only a few clients at a time. This approach allows us to focus on the unique needs of each individual together with their family. If we are unable to help you we will recommend another therapist or a different approach. We want to see healthy happy kids and strong families. -- Dr. Scott McIntosh

Get In Touch & Find Us

We Are Here To Help